The Ankaran Peninsula along with its small town Ankaran is one of the most important touristic destinations of the Slovenian coast.

The visitors are attracted to it because of its green untouched nature where they can enjoy themselves on the diverse beaches and admire the sea views.

While the northern part boarders Italy and the Municipality of Koper, the sea surrounds the southern part of the Ankaran Peninsula. The peninsula with the view on the Mediterranean sea, natural bays, olive groves and vineyards has attracted visitors for centuries. It brings them feelings of familiarity, relaxation and contact with nature. The fame of the local climate, with a beneficial effect on health, has contributed to the development of health tourism and health care. The greenery, that descends to the see, tranquility and authenticity describe the atmosphere of the peninsula.

Here, everything is at the reach of your hand. The sparsely populated peninsula in the middle of the Gulf of Trieste offers a picturesque view of the eastern part with the adjacent Slovenian coastal towns, Koper, Izola in Piran. In the west, the Italian coast is disappearing at Grado under the peaks of the Apennine Alps. Even the Slovenian capital Ljubljana is only an hour away.
The Ankaran Peninsula combines the tourist offer of the youngest municipality in Slovenia, which was founded due to the long-standing desire of its inhabitants to preserve its natural and landscape diversity (2011). This was achieved in 2018 with the proclamation of the Regional Park of Debeli Rtič. 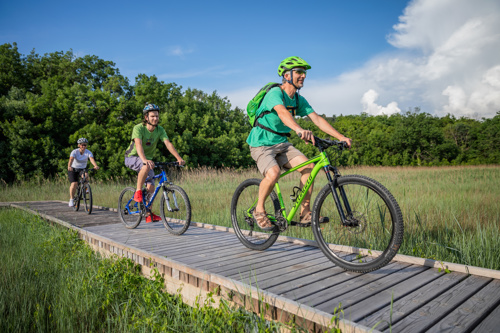 Most of the protected natural features are located in the area of the regional park between the beaches Valdoltra and Lazaret. In the heart of the park, on the western part of the coast (12 km long), there rises a high and very picturesque flysch cliff with a shallow sea under it. In the east, at the river Rižana mouth, the coast turns into a plain. Moreover, on the coastal plain to the east of Ankaran, at St. Nicholas, you can admire the unique Mediterranean salt meadow. The plain then extends into the area where the port of international traffic Koper is located.

The town Ankaran, the largest populated area and the administrative centre of the peninsula, is located just off the coast at the entrance to the Regional park. It is surrounded by scattered hamlets. The Adria Hotel Resort, which includes the former Benedictine monastery of St. Nicholas, is located on the coast.
Ankaran peninsula is a family friendly destination, but individual travelers and groups are welcomed too. Furthermore, the peninsula especially attracts the environment-conscious tourists. They are attracted by the unbelievable views, but they are mainly focused on the exceptional biodiversity on land and in the sea.

Due to the mild Mediterranean climate and extremely mild winters, the destination is attractive for walkers, cyclists and health tourists throughout the year.
In summer, the beaches Valdoltra, Študent, Debeli rtič and the bay of St. Bartholomew invite us with beach bars and quiet green corners. The staying in the city is also interesting because of its numerous events, from concerts for different tastes to culinary events, where local producers offer their delicacies.